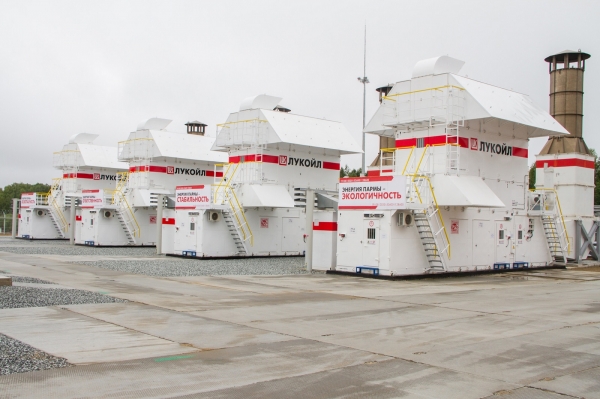 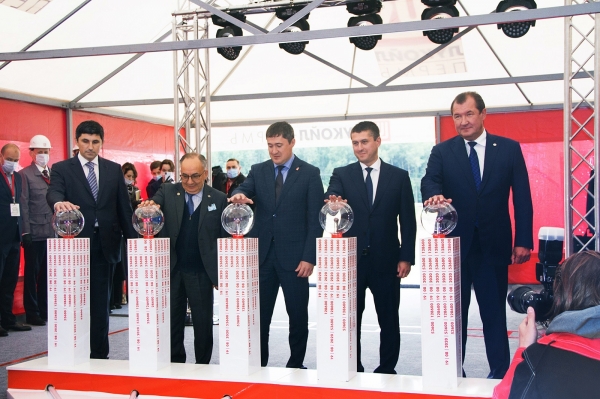 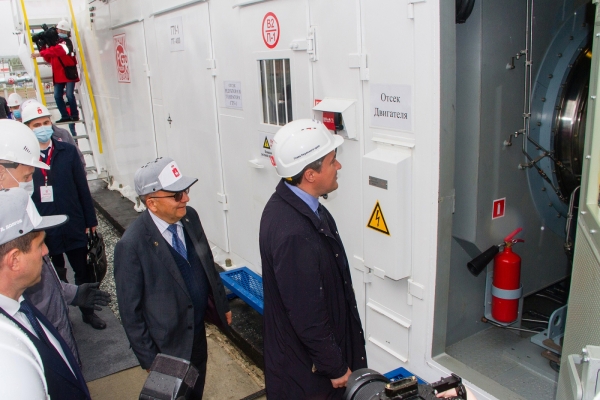 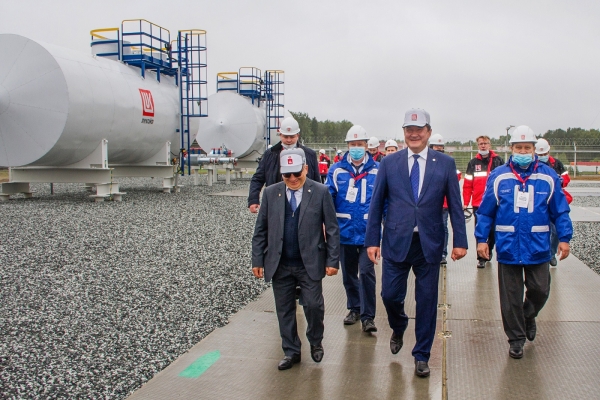 A new gas turbine power plant based on gas turbine gensets developed by UEC-Aviadvigatel for LUKOIL-Perm was put into service in the north of Perm region.  The power plant was built within the framework of “Power of Parma” SPIC of Perm oil producers and Perm region government.

The captive power generation facility called Chashkino consists of four Ural-4000 gensets. The total power plant capacity is 16 MW. This power is enough to cover the demand of oil producers. Minimum 8 MW of surplus power is planned to be supplied to the energy market to the Kama River area and surrounding regions consumers.

Ural-4000 gensets in outdoor configuration are installed at the open site and will operate in a simple cycle 24 x 7.

Chashkino power plant is not the first power generating facility made by Perm engine manufacturers for LUKOIL-Perm. A similar power plant has been successfully working since 2013 at Ilyichevskoe oil and gas field helping customers to recover associated oil gas.

“Implementation of the project enabled useful recovery of associated oil gas from three our northern fields  – Zhilinskoe, Rostovitskoe and Belskoe. Over 98% – this is the current level of gas recovery achieved by our company. Besides, commissioning of Chashkino will help saving fuel for power generation”, – sais Oleg Tretyakov, the representative of LUKOIL Company President in Perm region, General Manager of LUKOIL-Perm.

“The outstanding reliability of these gensets, their environmental safety and cost-effectiveness have been proved with 20-year operation experience at different customers’ sites. Development of captive power generation is a farsighted decision of LUKOIL-Perm management. Particularly as it is not the first facility developed by our joint efforts”, - stated Alexander Inozemtsev, Managing Director-General Designer of UEC-Aviadvigatel.

Perm oil producers opted for the most efficient UEC-Aviadvigatel’s customer support package – full corporate MRO of the power plant throughout the lifecycle with payment for actual operating hours. The customers have appreciated the favorable terms of “cradle-to-grave” service  in the process of operation at Ilyichevskoe field power plant and have chosen it for the new facility as well.

Ural-4000 modular gas turbine gensets have been produced by UEC-Aviadvigatel since 2000. The gensets are supplied fully factory-preassembled. As of today, their total operating time at customers’ sites is more than 500 thousand hours.

4 MW gas turbines gensets are operated with associated oil and natural gas both in a simple and cogeneration cycle generating heat and power. The geography of Perm 4 MW machines operation spreads from the Far East to Bashkiria, from Yamal-Nenets district to Perm. These power plants are often used in remote oil and gas fields for self-contained power generation.