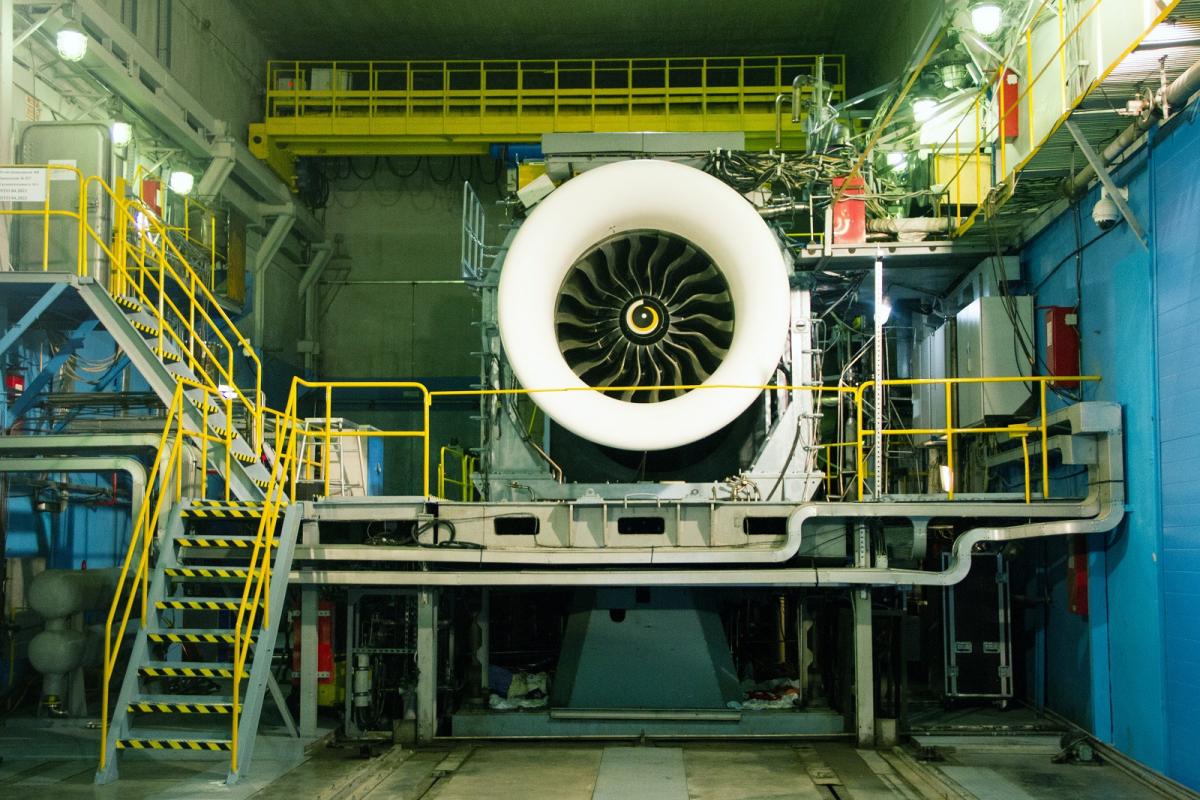 During the press conference organized for federal and regional mass media the journalists were demonstrated a polymer composite fan blade and videography on how it was made.

In his opening address Alexander Inozemtsev said that UEC-Aviadvigatel had successfully completed the first test phase of PD-35 engine prototype fan made of the latest polymer composite materials. As the high-thrust PD-35 engine itself is still under development, the composite blades were tested on the state-of-the-art PD-14 engine.

Valery Geikin emphasized that the polymer composite fan blade technology is the key one for development of PD-35 and other engines in 25…50 ton-force thrust class.: “It is a decisive technology that is indicative of our capability to make such engine in principle. The initial tests demonstrated that we are on the right track and can make such blades. I believe that from the technological perspective we stand toe to toe with western analogs. And ultimately our engines will be on par with their classmates”.

In response to journalists’ questions Alexander Inozemtsev stated that transition from the wide chord titanium blade used in PD-14 engine to the composite blade in PD-35 fan is a technological breakthrough. It became possible owing to the scientific and technical backlog developed by CIAM and VIAM teams, as well as many years of cooperation between Perm design engineers and UEC-UMPO, Perm State Research Technical University.

In August 2020, engine acceleration testing at CIAM test rig will start. After that additional research will be performed to demonstrate composite blades resistance to foreign objects damage. According to Alexander Inozemtsev, successful testing will allow starting flight testing of PD-14 engine with polymer composite blades at IL-76LL flying testbed in 2021.