Best engineers of 2019 are with UEC-Aviadvigatel 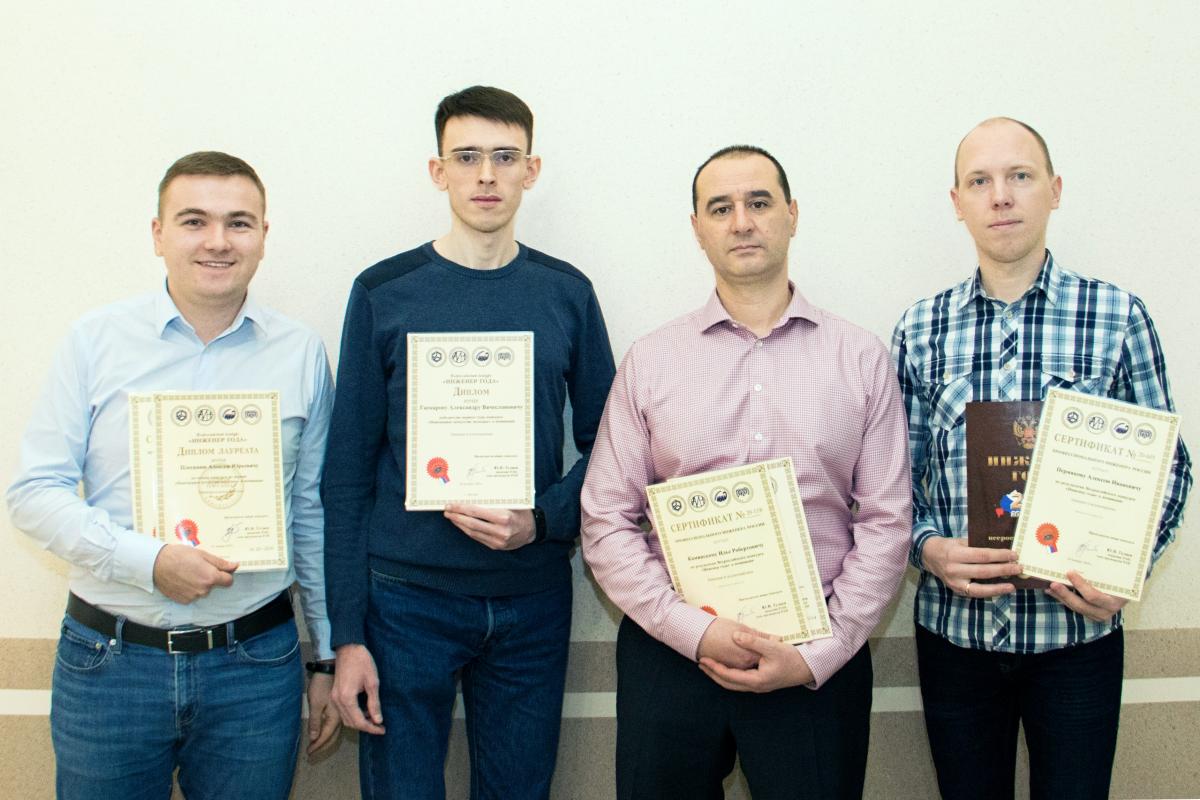 Ilia Kaminsky, Deputy Head of Compressor Division, Analytical and Experimental Group, became a winner in nomination of Aviation and Aerospace (development, engineering), Professional Engineers. Under his leadership and with his direct involvement, engineering and development projects of the axial compressors for aero and industrial engines were successfully implemented. The work under PD-14 Engine compressor was successfully completed for getting an approval of Aviation register of the Russian Federation. I. Kaminsky is the configuration developer and the implementer of HPC aerodynamic studies for advanced PD-35 Engine.

Based on the 1st (qualification) round results, a Certificate of Russian Professional Engineer was given to Aleksey Permyakov, Head of Bureau, Robotic and CAM Systems, in nomination of Aviation and Aerospace, Professional Engineers. Aleksey took part in six robotic centres implementation into production; he is an operation programs developer for industrial robots by various manufacturers; he developed a system for measuring gas pollutant emissions, smoke level and non-volatile solid particles emissions downstream the PD-14 Engine using robotic centre; also he actively participated in preparation for application of robotic and CAM systems recent trends under R&D efforts on PD-35 Engine.

Aleksey Pleskan, Head of Team, Experimental works, Combustion Chamber Dpt., became a winner in nomination of Aviation and Aerospace (testing), "The Youth’s Art of Engineering" subdivision. Aleksey directly participated in development and certification of PD-14 Combustion Chamber, he is one of the programmers of engine control logic during starting which enabled PD-14 start in all operation conditions on-ground and in flight, and also he played a leading role in PS-90A and PS-90A2 Engines qualification to comply with ICAO requirements regarding non-volatile solid particles emission.

Aleksander Gaskarov, Engineer-Designer-Analyst, 1 grade, Turbine Analysis and Experiment Dpt., was awarded with Diploma of 1st Round Winner of "The Youth’s Art of Engineering" subdivision. He developed the advanced methods of turbine hardware math modelling and methods of aerodynamics and turbine thermal condition multiobjective optimization. These methods are basic in PD-14 and PD-35 turbines analysis. A.Gaskarov played a leading role in nozzle guide vane and turbine blade cooling system development for PD-14 and PD-35 HPT.

All the finalists - the specialists of the Perm design Bureau - were registered in Experienced Engineers List of Russia. Breakthrough the "Best Engineer 2019" Contest of our colleagues gives evidence of their complete professionalism acknowledgement by engineering community. UEC-Aviadvigatel is proud of the winners and wishes them further success in their research and practical activities.