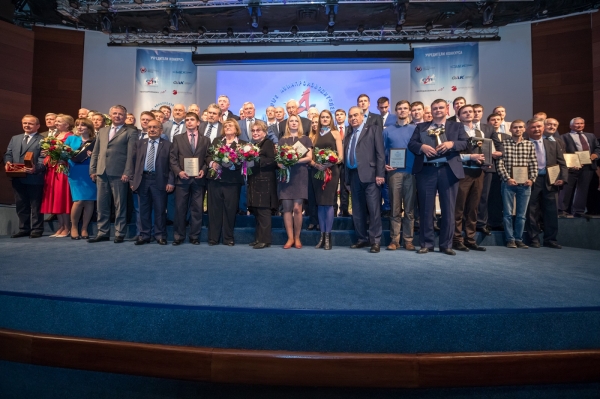 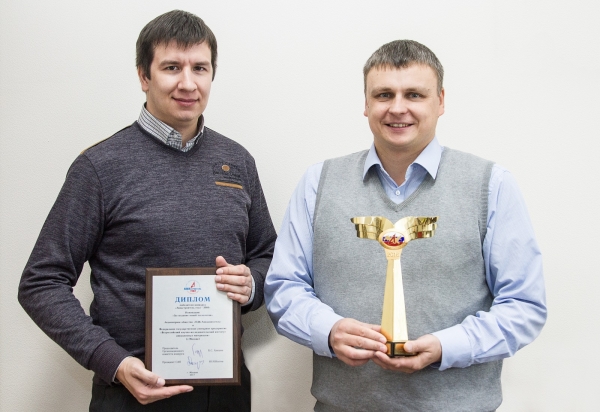 September 21, 2017, the solemn ceremony of awarding winners and laureates of "Aviation Builder of the Year" contest based on 2016 results was held at World Trade Center (Moscow). In the nomination "For creation of a new technology", the joint effort of "UEC-Aviadvigatel" JSC and "VIAM" FSUE took first place.

Perm Design Bureau was represented by Deputy Chief Engineer for Additive Technologies, Alexander Aksenov and Head of the Bureau of Additive Technologies Rustam Faskhutdinov.
The authors were emphasized for creation of a breakthrough additive technology for selective laser fusion of domestic metal powders used to manufacture aircraft engine parts on the example of the PD-14 engine combustor fuel nozzle swirler.

This is the first time in Russia that the PD-14 combustor dome parts were entirely made out of domestic metal powder composite by additive manufacture method using heat-resistant nickel based alloy and tested fully complied with design documentation requirements. In November 2015, these parts experienced their first flight as part of the engine onboard the IL-76LL test bed and currently participate in engines and system certification tests.
Thanks to the efforts of UEC-Aviadvigatel specialists, a fundamentally new technological opportunity for manufacturing complex parts and assembly components has appeared in domestic aircraft industry.

UEC-Aviadvigatel JSC participated twice in Aviation Builder of the Year contest. In 2013, Aviadvigatel was recognized the “Design Bureau of the Year” in 2012 and won prizes in three categories at once. In 2017, in addition to participation in the contest, Perm Design Bureau established a special prize in honor of the 100th anniversary of its designer P.A. Solovyov. The prize was awarded to RSK-MiG JSC for creation of the new MiG-35 multifunctional aircraft system.