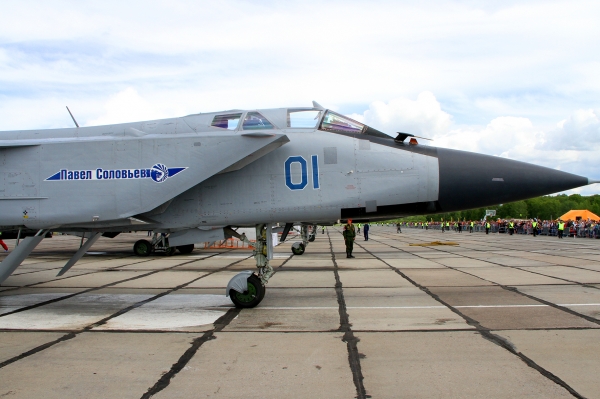 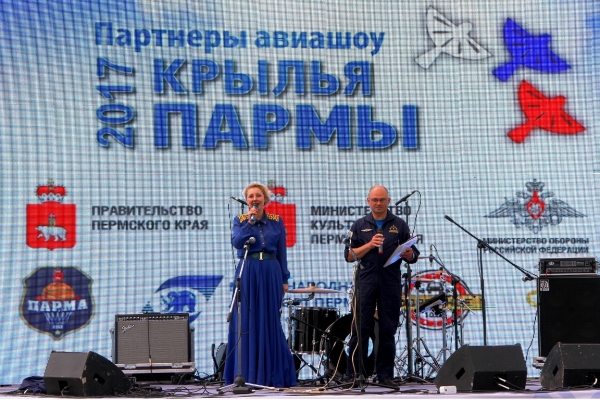 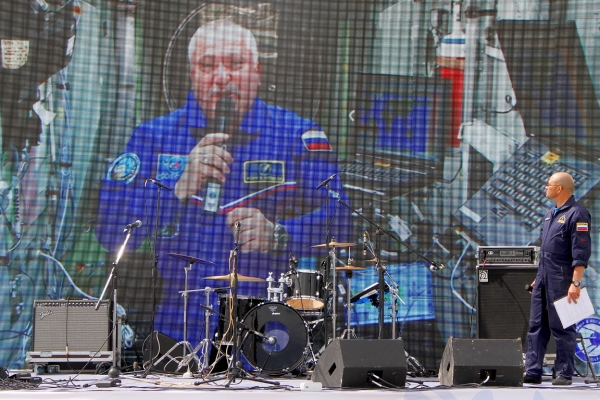 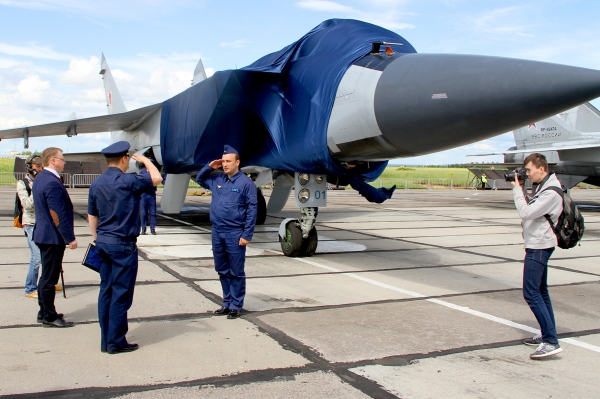 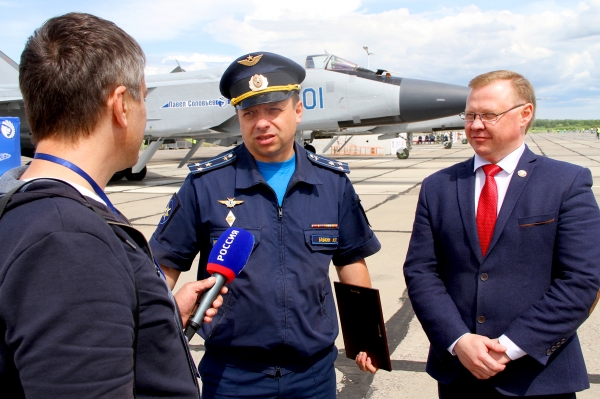 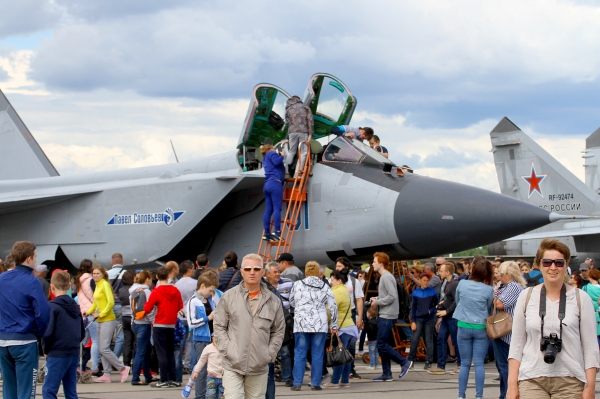 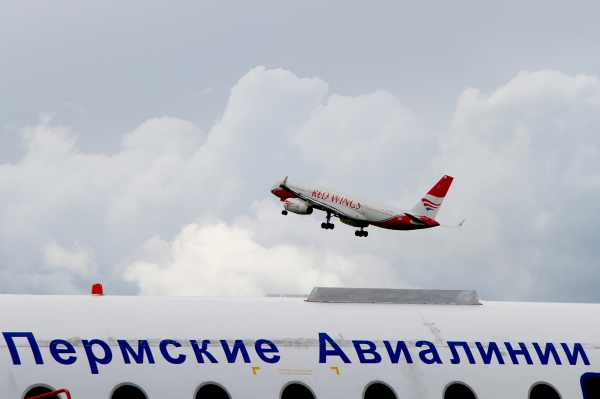 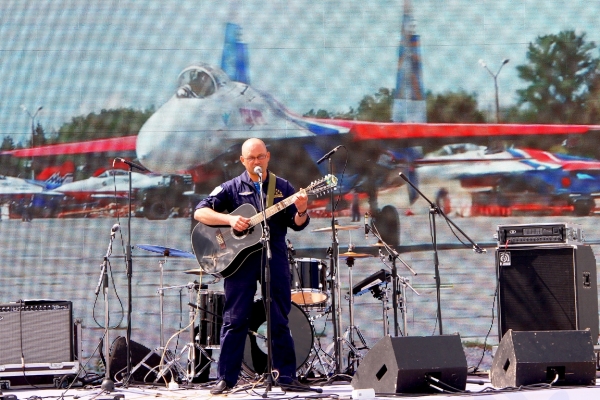 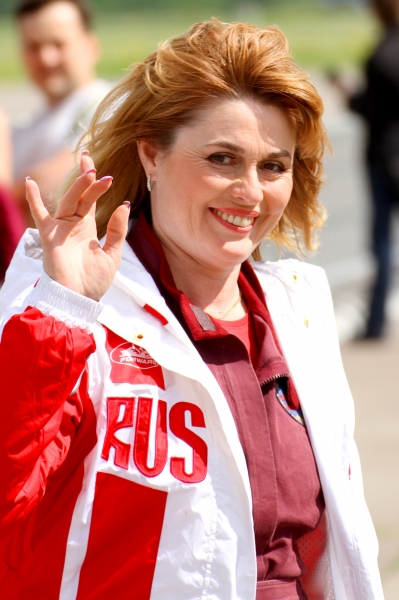 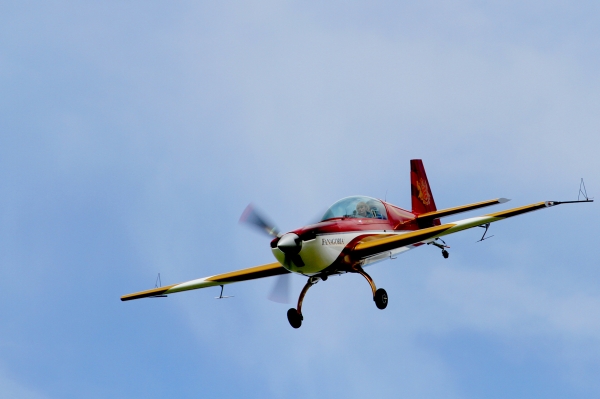 Perm Design Bureau Aviadvigatel participated in the official ceremony of giving the name of famous designer Pavel Solovyov to the MiG-31 aircraft of the SOKOL air regiment. The special event took place as part of festival “Krylya Parmy” and coincided with the celebration of the centenary of Pavel Solovyov’s birth.

On June 26, 2017, all the aircraft industry workers of Russia and the whole world celebrate the centenary of birth of Pavel Alexandrovich Solovyov, a prominent aviation engine designer. The day before the anniversary, the MiG-31 military airplane (side number 01) of the SOKOL air regiment was given the name of “Pavel Solovyov”. The official ceremony was held as part of the «Krylya Parmy» Eighth aviation festival that took place a day before the birthday of the general designer of the Perm engine design bureau.

Igor Babkin, the leader of the air regiment, and Sergei Kharin, the Senior Deputy of the Managing Director – General Designer of UEC-Aviadvigatel JSC, participated in the official ceremony. On behalf of the Perm design bureau team, S. Kharin thanked the pilots for many years of cooperation and skillful usage of the D-30F6 engines installed on the MiG-31 airplanes.

– Supersonic fighter/ interceptor MiG-31 deployed with the Soviet air defense fleet more than 30 years ago, remains one of the most high-speed and high-altitude military aircraft in the world. To a considerable extent, its unicity rests on the unsurpassed D-30F6 engines. Pavel Alexandrovich Solovyov was well in advance of his time for dozens of years, because there are no analogues to our aircraft and will be none in the nearest future. We are so proud of our machines.

The Tu-204-300 airplane of the Red Wings Airlines, which chanced to be present at the Perm airdrome, contributed to the hearty atmosphere. Leaving the Bolshoye Savino airport, the airliner (equipped with the PS-90A engines of P. Solovyov’s design) waved its wings saluting to its fellow airplanes from the SOKOL camp and to the guests of the aviation event.

The flights of famous woman-pilot Svetlana Kapanina were a real decoration of the festival. Svetlana Kapanina is a seven-time absolute all round champion in aerobatic flight among women. In her interview, she wished Perm designers great professional success and activities in good memory of P. Solovyov.