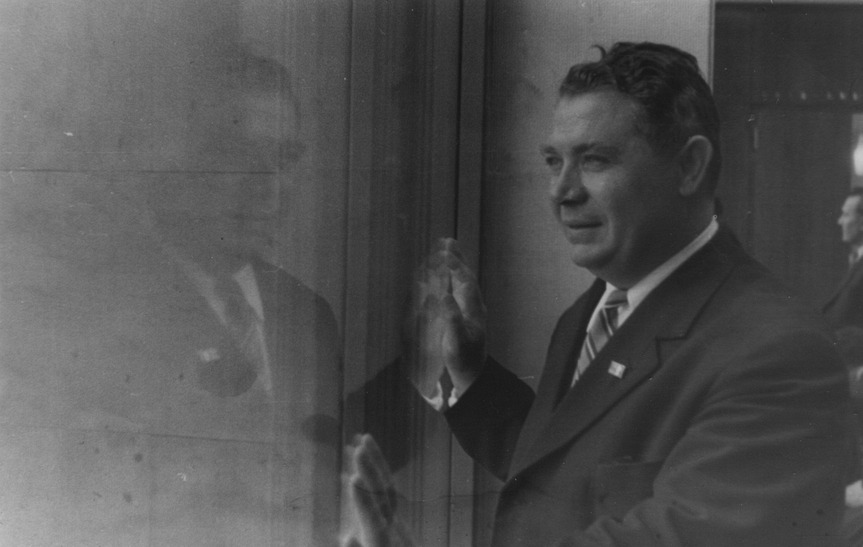 In 1940, he graduated with honors from Rybinsk Aviation Institute named after S.Ordzhonikidze with a diploma of the mechanical engineer in the field of Aviation Engines.

April 1940, by order of the Commissariat of Aviation Industry of the USSR arrived at the Design and Development Workshop of the Plant No.19 named after Stalin, Molotov (now Perm), where started to work as a Designer.

In 1948, appointed Deputy of Arkady Shvetsov, Chief Designer of the Plant No.19 named after Stalin.

In 1953, after the death of Arkady Shvetsov he headed the company as by the Order of the Minister of Aviation Industry of the USSR he was appointed Chief Designer of the Design and Development Bureau of the Plant No.19 named after Stalin. He has been a leader of the company for 35 years (till 1988).

In 1961, he was given the academic title Professor of the Aircraft Engines Department at the Perm Polytechnic Institute.

In 1967, he was conferred a doctor’s degree in technical sciences.

27th April 1981, he was appointed General Designer of Motor Construction Design Bureau by the Decision of the Council of Ministers of the USSR.

In 1981, he was nominated Corresponding Member of the USSR Academy of Sciences.

Since 1970, he has been selected Deputy of the Supreme Soviet of the USSR of all convocations.

In 1973, by the Decree of the Presidium of the Supreme Soviet of the RSFSR he was assigned to the title of Honored Man of Science and Technology of the RSFSR.

In 1987, by the Order of Ministry Aviation Industry of the USSR the code name of the D-90A engine was given new reference “PS” (abbreviation derived from “Pavel Soloviev”).