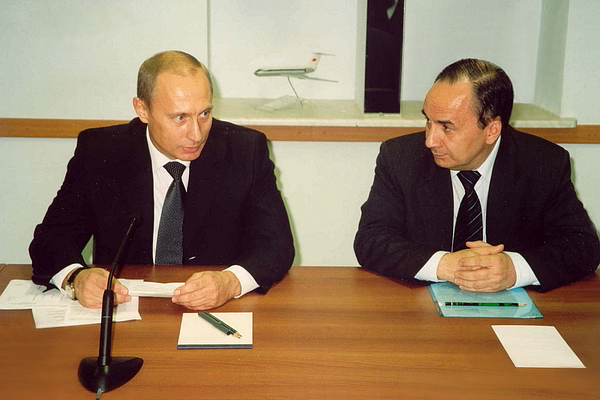 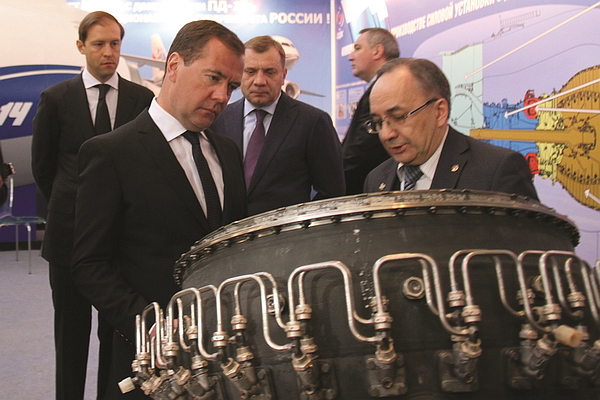 The Design Bureau was established by the Decision of the Central Committee of the All-Union Communist Party of Bolsheviks and the Council of People’s Commissars of the USSR on 11th December 1939 and it has its own school of designing, refining and engineering follow-up of products in mass production and operation. Founders of the Perm Design School are Arkady D. Shvetsov and Pavel A. Soloviev.

Starting from 1939 to 1953, the company that was led by Arkady Shvetsov, well-known soviet designer of aero engines, creator of the first national M-11 aviation engine, created a family of high-power air-cooled star-shaped piston engines named M-63, ASh-82, ASh-82FN, ASh-73TK, ASh-82T, ASh-82V powering Polikarpov, Tupolev, Lavochkin, Sukhoi, Ilyushin, Antonov aircrafts and Mil, Jakovlev helicopters and had an important role to play in the victory over fascism and during the postwar period.

In early 1950-s, the company team headed by Pavel Soloviev, a Shvetsov successor, proceeded to create new gas turbine machinery. Each of aero engines made over that period features as “the first” and “the best”. These engines have been powering the most reliable in aviation history Tu-134 (D-30) and the most popular Tu-154M (D-30KU-154) aircrafts.

In 1993, PS-90A, the last engine created during the lifetime of Pavel Soloviev, entered a service. For more than 18 years the PS-90A has remained the only engine in Russia for long-haul aircrafts. Over a period of 20 years its PS-90A-76, PS-90A1, PS-90A2, PS-90A3 versions were developed, certified and have been serially produced. Now PS-90A family engines are operating on Russian passenger, cargo and transport aircrafts, as well as powering airliners of the President and the Prime-Minister of the Russian Federation.

A distinctive feature of the Perm Design School is that it has a high percentage of developments introduced and manufactured by batch production factories. Over a period of 75 years more than 70 engine types have been developed, 41 (60%) of which were produced in series. At different times engine plants in Perm (Perm Motor Company OJSC) and in Rybinsk (NPO Saturn OJSC) delivered 66,400 piston aero engines and more than 19,500 gas turbine aero engines developed by Perm Design Bureau.

In early 90-s, due to the aviation structural crisis UEC-Aviadvigatel used all the experience gained in engineering to develop gas turbine equipment for Russian gas-production enterprises and fuel and energy sector. Over the last 20 years two families of gas turbine sets for gas-pumping units and power plants rated at 2.5 to 6 and 10 to 25 MW have been developed and commercially exploited (Perm Motor Company). By order of the largest gas and energy companies, Gasprom, LUKOIL, Bashkirenergo, Surgutneftegaz and others, more than 800 industrial engines have been produced and are successfully operating.

Since 2000-s up to present, continued works on creation of advanced engine family rated at 19,800-39,700-lb.-thrust, intended for regional and medium-range aircrafts and industrial gas turbine sets. Since 2008, a project of basline engine rated at 30,900-lb. takeoff thrust (named PD-14) for a new 150-212-seat short/medium-haul MS-21 aircraft has been publicly funded.